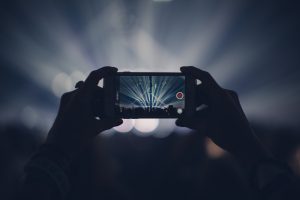 There’s a lot of debate about “how long is too long?” when it comes to digital video length. A lot of research points to viewers having maximum 45-second attention spans, or even less. You’ll find any amount of marketing blogs urging “the shorter the better”.

Amid this, Facebook came out and said it was focusing on longer videos, giving them a bump in people’s News Feed. Its algorithm now puts more weight on viewers completing a longer video versus a shorter one.

How long someone is prepared to watch depends what viewers and what video. No one tunes out half way through an episode of their favourite show because it seemed “too long”. But they’ll barely watch a couple of seconds of an advert without trying to skip it (YouTube allows viewers to skip ads after 3 seconds).

Britain’s Channel 4 has proven to be a stellar example of a public broadcaster successfully delving into new media. Channel 4 News stopped posting text and photos to social media, focusing instead on video. It uses repurposed TV assets and new original content on Facebook, and has grown its views from 5 million/month to 200 million/month, with nearly 4 million Likes.

Critically, Channel 4 lets video length run as long as it needs to, whether that’s under a minute or over 3 minutes, which is long even for a TV news story. There is also huge volume. The approach is that if people are interested and the content is relevant, they’ll watch.

In Australia, long video is problematic on mobile devices because of data limits. If people are away from WiFi, they’ll rapidly burn through their monthly allowance if they access a lot of video content.

To overcome this if you’d like to publish longer videos, such as a presentation or a speech, here are some suggestions:

You can put a link to a downloadable version of a video in the info of the YouTube version. (People can also rip them directly from YouTube, but not everyone knows how to). If you do this, make sure that there’s identifying and informative information in the video: eg your logo throughout, a title slide, and an end slide with your website on. ie the info that you would normally put as text on YouTube or a webpage.

These can easily be over an hour long, but it doesn’t deter people from downloading and listening to them. People often have more time to listen than to watch. It’s easy to rip the audio and offer a podcast version. You can also make visual materials, such as slides, available to download.

3. Use a platform that will scale resolution

You can put long videos directly onto your own website. But a third party host such as YouTube can dynamically scale the resolution up or down, resulting in a smaller file size. Users can also manually choose a lower resolution if speed or data allowance are issues.

Facebook says that “the best length for a video is whatever length is required to tell a compelling story that engages people, which is likely to vary depending on the story you’re telling.” So don’t go long for the sake of it.

But you have highly engaging content that deserves extra space and time, don’t restrict yourself to 45 seconds.

Next article Challenges and advantages for working parents